A Pause That Reminds Us

You know how it is – some events seem like they were a lifetime ago. But it has only been 17 years. September 11, 2001 – 9/11 as we refer to it. I still remember when Cheryl came running into our South Dakota home – eyes filled with tears, telling me that our nation was under attack. We turned on our television and watched in horror. We called a prayer meeting and cancelled our board meeting. Stunned silence fell over our home – nobody really knew what to say.

The following Sunday I still didn’t know what to say. I remember pointing people to God and encouraging folks to trust in His sovereign goodness. It was pretty amazing to watch as a nation came together and for a time called out in helpless dependence to God. Patriotism ran deeper. Politics seemed to matter a little less. Family seemed to matter a little more. Differences didn’t matter so much. We probably called each other a little more.

Today, we still have men and women deployed in Afghanistan, Iraq, and other countries in the fight against terrorism. Soldiers are still dying. Lives are still being changed forever by the events of September 11, 2001. And I guess that is why I am writing this little reminder. For most of us – the events of that day have faded somewhat and our lives have resumed a normal pattern. For many others – nothing will ever be the same. I don’t know where you will be when you read this but let me encourage you to pause right now. Remember where you were on 9/11 and breathe a prayer to Almighty God. Remember the men and women serving in Iraq and Afghanistan and breathe a prayer asking for protection and courage and an abiding sense of God’s presence for each of them. Remember the families whose lives were forever altered by the attacks on our nation and breathe a prayer for comfort and peace for them. And then remember our nation and breathe a prayer for our leaders – asking God to bring healing and unity to our land.

For I am convinced
that neither death nor life, neither angels nor demons, neither the present nor the future, nor any powers (terrorists included), neither height nor depth, nor anything in all creation, will be able to separate us from the love of God that is in Christ Jesus.

Place your trust in Jesus Christ – he is the true hope the people of America need.

Windows In To Psalms: Valley of Darkness

As we continue in this series we look further into Psalms with a very popular Verse Psalms 23. "The Lord is My Shepard".

END_OF_DOCUMENT_TOKEN_TO_BE_REPLACED

It is said that anxiety in a man's heart can way him down but a good word makes him glad. In this series titled "Windows into Psalms" May you feel hope restored in your heart as you listen into this message from Psalms 13.

END_OF_DOCUMENT_TOKEN_TO_BE_REPLACED

Windows Into The Psalms

Every day we deal with some tough topics that we face in every day life. Topics such as Emotion, mental health, spirituality, depression, and anxiety. These can be answered by looking in the Psalms. 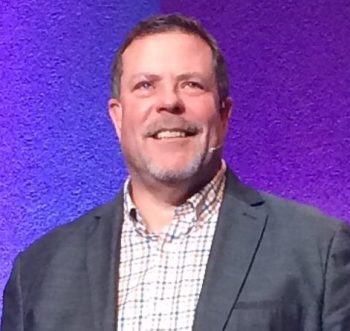 Pastor Bob is a dedicated pastor with a passion to share the love of God with neighbors and around the world. The verse that has guided and shaped his call to ministry is Psalm 16:11, “You will make known to me the path of life. In your presence there is fullness of joy; at your right hand are pleasures forevermore.”

You're Welcome To Join Us!

If you’re looking for a new church or just in the area visiting, you are invited to come in and  worship with us. Click the button below to know what to expect when you visit.